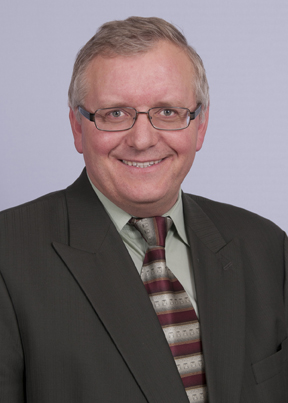 Ivan Avrutsky, associate professor of electrical and computer engineering, has been selected to receive the 2021 Outstanding Graduate Director Award from the Wayne State University Graduate School and the Office of the Provost.

"Since he became director two and half years ago, our graduate program has significantly improved in all fronts including advising and supporting students, improving the curriculum, and recruiting and retaining students," said Mohammed Ismail, chair of the Department of Electrical and Computer Engineering.

Avrutsky led the department's academic graduate program review, which takes place every seven years. His reforms in the doctorate program, including improvements to the Ph.D. qualifying exam and new systems to monitor students' progress, contributed to a 30 percent increase in graduation rate.

A recruitment push for domestic students through AGRADE and other pathways resulted in increases of 50 percent for the department's M.S. program and 75 percent for the Ph.D. program. Avrutsky also worked with the department's industrial advisory board to introduce one-credit elective courses taught by industry experts that cover topics not traditionally included in the regular curricula, thereby ensuring students are acquiring knowledge and skills that are timely and relevant.

"I am grateful and honored to receive this award," said Avrutsky, who in addition to directing the department's graduate program also runs the Integrated Optics and Nano-Photonics Laboratory. "The hard work was actually done by my colleagues in ECE Graduate Committee and Academic Program Review Committee. I was blessed to have their support.

"Also, I'd like to recognize the leadership of Mohammed Ismail, as well as helping hands of undergraduate program director Abhilash Pandya, physics professor Alexey Petrov, academic advisor Emily Reetz and administrative assistant Michelle Matthews. I owe this recognition to the team I have been working with."

Up to four awards are granted annually to graduate directors who have made significant contributions to the advancement of graduate education in their respective programs. Each award includes a $2,500 honorarium and a citation presented at the Academic Recognition Ceremony.