Amy Xiao Zhou is an international Ph.D. student of civil and transportation engineering at the Wayne State University College of Engineering. She recently competed in the Detroit Institute of Arts (DIA) Student Design Summit, for which she and 10 other WSU students ventured to redesign the area surrounding the museum. When the competition winners were announced in January, Zhou and her teammates were elated to discover they had won first place in both the jury and the people's choice awards, especially since they took a big risk with their design.

"Our DIA plaza project included the repurposing of a low-traffic street for principally pedestrian use," said Zhou. "All other teams only designed the site; no one else redesigned the streets to make extensive connections."

This bold decision made them stand out against the competition, but it also called for more work. The video showcasing their final design is still available for viewing, although Zhou articulates it was their extensive research, tedious data collecting and attention to detail that fueled their success.

"I had to draw every single line manually - the buildings, the street curbs - first from 2-D, then built up the 3-D model, and then still had to go to Google Maps and measure all of the buildings' heights. All those buildings are historical, and their heights are not standard, so I had to measure all of those things manually. All the design features in the model had to be built to scale. I also did an analysis of traffic and neighborhood safety. They were important steps to making sure our proposed redesign locations would work with the surroundings and not cause any traffic or crime problems," said Zhou. "It involved a significant amount of time."

Repurposing the street into a more pedestrian-friendly version while also replacing the current DIA parking lot with a green space meant a new parking area had to be created. After much deliberation, a parking structure was concluded as the best solution. Zhou spent hours manually counting all of the cars parked in the area in order to calculate the number of spots she would need to incorporate into the new building design. When reimagining any space, Zhou often finds the trick is balance.

"If you're trying to redevelop agricultural land and you build a hard concrete surface, you have to redesign other places to absorb water so that you can balance all the things," said Zhou. "Otherwise, if it rains, it's going to flood."

While Zhou worked on designs for the DIA competition, she also collaborated with another team of WSU students for a completely separate competition. The 2018 Campus RainWorks Challenge is a national design competition funded by the Environmental Protection Agency, in which university students re-imagine a portion of their own campus. This challenge emphasizes sustainability, and requires each team to incorporate a green stormwater infrastructure (GSI) into their design.

With the Helen L. DeRoy Apartments slated for demolition this summer and a proposed green space fixed to take its place, this area of campus provided the perfect blank canvas to spark inspiration. The final design submitted by Zhou's team, titled "From Gray to Green & Gold," includes a green space equipped with more accessible pedestrian paths, multiple water features and rain shelters that function as a self-irrigation system. If implemented, their Rainworks Masterplan could save the university millions in drainage costs.

Though participating in two competitions simultaneously was a challenge - final submissions were due on the same day - Zhou was eager to put her transportation and economic development studies to use. As part of her graduate research, Zhou is studying the "'complete street," which is designed to be safe and accessible for people using all modes of transportation. Under the instruction of Steven Lavrenz, assistant professor of civil and environmental engineering, and Mark Cheng, associate professor of electrical and computer engineering, Zhou is developing a methodology to record everyday street traffic throughout a city using GPS sensors. This technology will allow urban planners to easily collect data regarding street uses.

"With this technology, I am able to know the exact routes people are taking. If one street only has bicycles and not too much pedestrian traffic, then we only need to add in some elements, which doesn't require as much money. You have to know the core thing that caused the city problems," said Zhou. "There are a lot of things you have to consider."

"I was able to see the different kinds of problems that arise in real projects, and fortunate to observe how CEO Tao Wang and the excellent designers on the team would approach them. It strengthened my recognition that problem-solving is the soul of designing a whole project," said Zhou. "Not beautification."

Winners for the 2018 Campus RainWorks Challenge will be announced this spring. 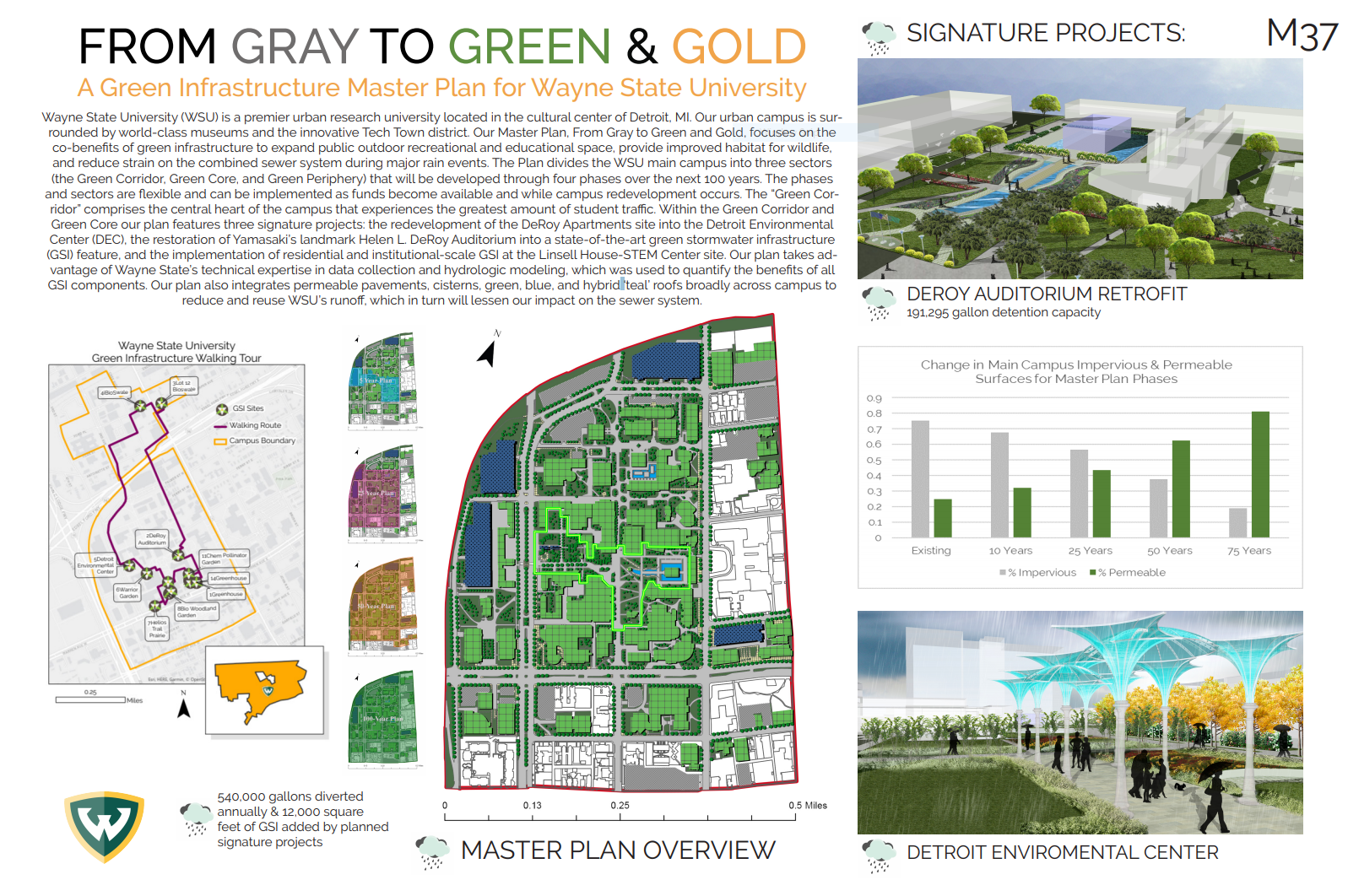