On a mission: Computer science student returning to NASA for second internship 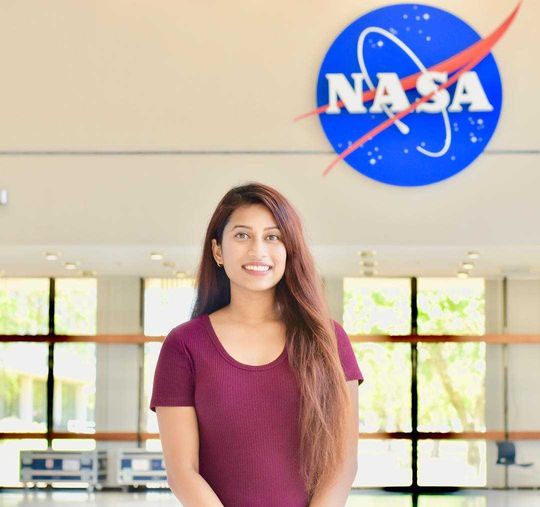 Mahjabin Haque, a senior computer science major at Wayne State University, will return to the Johnson Space Center (JSC) in Houston this January for her second four-month internship at NASA. With the 50th anniversary of the Apollo 11 moon landing coinciding with her return, Haque is reminded of why she can't wait to get back.

"I've wanted to work for NASA ever since I was a kid. I remember hearing stories about NASA sending people to the moon, and I wanted to be a part of that mission," said Haque. "My mom played a huge role in turning me into the person I am today. She has always motivated me to go after my dreams fearlessly."

Haque first traveled to Houston last January, and interned until May as a data analyst in the Project Management and Integration Office at JSC.

"I conducted data analysis of the Engineering Directorate's IT infrastructure and associated processes," said Haque. "Based on the data gathered, I then recommended process improvements that would optimize the performance of IT systems across JSC's largest directorate."

In her four months of work, she was featured as NASA's JSC Intern of the Week, joined the intern student council and was elected video committee chair. As chair, it was her duty to organize and produce a video encapsulating the NASA internship experience. This project allowed Haque to take a closer look at the people behind NASA, and she found herself inspired by their diverse backgrounds and expertise.

"I was surrounded by some of the brightest people in the country, working on some of the most unique projects in the world. I met people whose backgrounds range from aerospace engineering to physics to communications," said Haque. "At NASA, you get a bit of everything."

This time, Haque will work as a software engineer in the Mission Control Center (MCC), where only employees with high-profile badges are admitted without an escort. Her work will directly support the International Space Station, and she will be responsible for software design, implementation, testing, maintenance and user support.

"MCC is where history was made when they sent the first man to the moon. I feel honored to be working there," said Haque. "NASA has not only given me countless new interests, but also the confidence to take on new challenges - even if they intimidate me at first."

Click below to watch the video Haque created during her first internship with NASA.