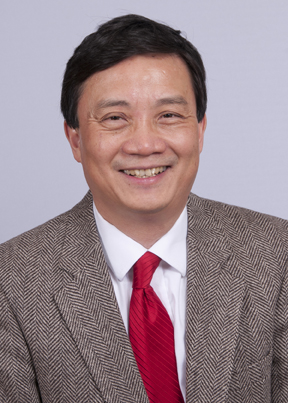 The National Academy of Engineering (NAE) recently hailed targeted noise control — a theory developed by Sean Wu, Ph.D., distinguished professor of mechanical engineering at Wayne State University — as a breakthrough technology in its final report of a virtual workshop held in Washington, D.C. in October 2021.

Wu was credited for developing a theory to address noise issues facing manufacturers. The report specifically highlighted an approach using Sound Viewer technology to diagnose, analyze and address complex structural and airborne noises such as an automobile muffler or a rumbling motorcycle.

According to Wu, testing environments often fall short of answering key questions such as noise sources, locations, timing of occurrences, characteristics of the noise or what design issues might be to blame.

“SODAR can be likened to radar, except SODAR is passive and utilizes sound waves to locate multiple sound sources simultaneously in 3D space,” said Wu. “The HELS method seeks optimal approximations of the vibroacoustic quantities, based on partial input data of the acoustic pressure and normal surface velocity. The F-VAC analysis determines the transfer function correlating the normal surface velocity to the radiated acoustic pressure.”

Targeted noise control is applicable to all structure-borne sound radiation and sound transmission. The theory can be combined with psychoacoustics — the study of how humans perceive various sounds — to optimize design and meet noise reduction requirements that ensure consumer satisfaction.

The NAE workshop, “Advances in Noise Control Engineering,” was the 11th annual workshop of Technology for a Quiet America (TQA), a project established in 2005 to illustrate the importance of this field.

A renowned educator and entrepreneur, Wu is a fellow of both the American Society of Mechanical Engineers (ASME) and the Acoustical Society of America (ASA), has written over 70 refereed journal articles, holds 18 U.S. and international patents, and published the textbook The Helmholtz Equation Least Squares Method for Acoustic Radiation and Reconstruction. In 2018, Wu was recognized by ASME for his contributions to the fields of noise control and acoustics with the Per Bruel Gold Medal.