The Wayne State University College of Engineering will welcome five prominent scientists and engineers to its campus over the next several months for the BASF Distinguished Lecture Series, a joint effort between BASF and the Wayne State Department of Chemical Engineering and Materials Science.

"Partnerships with top global chemical companies such as BASF provide remarkable resources to Wayne State students, faculty and alumni, and this series is an outstanding example," said Guangzhao Mao, professor and chair of the Department of Chemical Engineering and Materials Science. "Chemical engineering has been a thrust area for the College of Engineering since its inception 85 years ago, and we are inspired by the opportunity to interact with these leaders of industry and academia, who undoubtedly will impart a wealth of knowledge and, at the same time, learn more about how Wayne State has made its mark on the world."

Two sessions will be held in the fall, with three more to follow in the spring. All seminars are free of charge and will start at 2:30 p.m. on their respective dates in the Danto Engineering Development Center.

This partnership between Wayne State and BASF - the largest chemical producer in the world, with a footprint in more than 80 countries - is intended to create another pathway to connect students with professional leaders and to enhance interaction among industry experts.

"BASF is committed to developing solutions to global challenges such as resource efficiency, energy and climate protection, and responsible production," said Michael Pcolinski, BASF's vice president of advanced materials research. "We believe partnering with Wayne State is a great opportunity to demonstrate the power of connecting academia and industry to inspire innovation that will help us all move closer to a sustainable future."

Haile and Hammond's seminars are co-sponsored by the Wayne State chapter of the National Organization for the Professional Advancement of Black Chemists and Chemical Engineers (NOBCChE). Hammond is a Detroit native and alumna of the Academy of the Sacred Heart in Bloomfield. 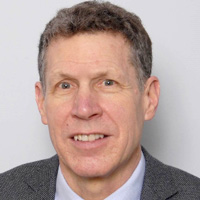 Robert W. McCabe is a program director at the National Science Foundation whose portfolio spans a broad range of catalysis research directed primarily at global issues facing the environment, energy efficiency and sustainability, and resource utilization. He holds a B.S. from the University of Houston and an M.S. and Ph.D. from the University of Minnesota, all in chemical engineering. Prior to joining NSF in 2014, he spent his entire career in industry including 36 years in automotive catalysis research split between General Motors and Ford. He retired from Ford with more than 115 journal publications, 30 U.S. Patents and multiple awards. McCabe is the editor of Applied Catalysis B: Environmental and is currently an officer of the Catalysis and Reaction Engineering Division of AIChE. 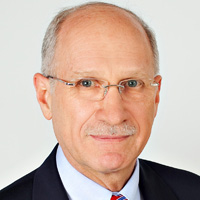 Grossmann is the R. R. Dean University Professor of Chemical Engineering at Carnegie Mellon University. He holds a B.S. in chemical engineering from Universidad Iberoamericana, Mexico City, and an M.S. and Ph.D. from Imperial College. He was department head of chemical engineering at Carnegie Mellon from 1994 to 2002, and is currently director of the Center for Advanced Process Decision-making. He is a member of the National Academy of Engineering and was named "One of the Hundred Chemical Engineers of the Modern Era" by AIChE. The author of over 400 publications, Grossmann's research focuses on developing novel mathematical programming models and techniques for a variety of problems in process systems engineering, such as process synthesis, energy integration or enterprise-wide optimization. 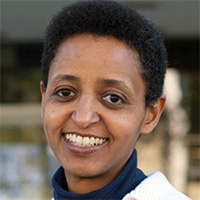 Haile is the Walter P. Murphy Professor of Materials Science and Engineering at Northwestern University. She received her B.S. and Ph.D. from the Massachusetts Institute of Technology, and her M.S. from the University of California, Berkeley. Haile is an award-winning chemist, known for developing the first solid acid fuel cells, whose research focuses on ionic conduction in solids as well as the investigation of structure-property relations in thermoelectric materials. She is a recipient of the International Ceramics Prize and the AIC Chemical Pioneer Award, and was named one of 12 "People to Watch" in 2008 by Newsweek. 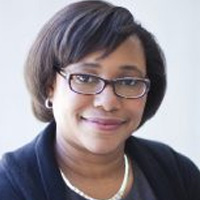 Hammond is the David H. Koch Chair Professor of Engineering at the Massachusetts Institute of Technology, and head of the Department of Chemical Engineering. She received her B.S. and Ph.D. in chemical engineering from MIT and her M.S. from Georgia Tech. Hammond is widely recognized for her research in hemostatic technology, macromolecular design and synthesis, targeted drug delivery for cancer, nano-scale assembly of synthetic biomaterials, and electrostatic and directed materials assembly. She is a member of the Koch Institute for Integrative Cancer Research, and is an associate editor of ACS Nano. Hammond is a member of the National Academy of Engineering and the National Academy of Medicine, and was named among the top 100 materials scientists by Thomson-Reuters in 2011. 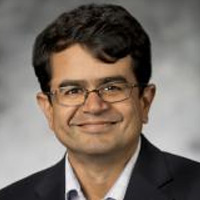 Mitragotri is the Hiller Professor of Bioengineering and Hansjorg Wyss Professor of Biologically Inspired Engineering at Harvard University. He received his B.S. from the Institute of Chemical Technology and his M.S. and Ph.D. from the Massachusetts Institute of Technology in chemical engineering. Mitragotri has made groundbreaking contributions to the field of biological barriers and drug delivery. His research has led to the development of new materials and technologies for diagnosis and treatment of various ailments including diabetes, cancer, cardiovascular diseases, skin conditions and infections, among others. Mitragotri has published over 230 research publications, is an inventor on over 160 patents and applications, and has co-founded several companies. He is a member of the U.S. National Academy of Engineering, National Academy of Medicine and National Academy of Inventors.