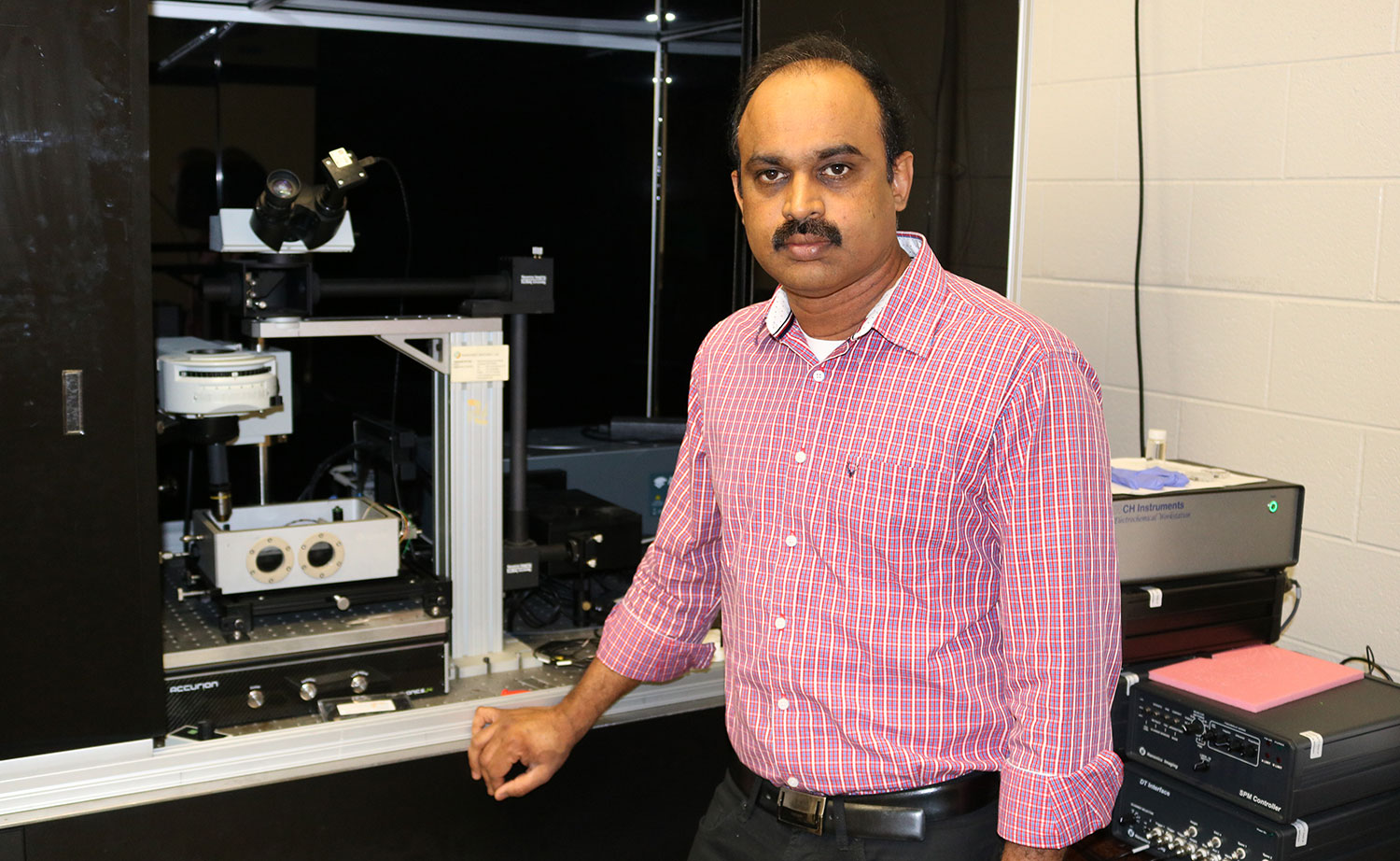 "The crux of the electrochemical reactions in a battery system transpire at the electrode-electrolyte interface," said Arava, who also noted that Li-S battery capacity is most negatively affected by what is known as the polysulfide shuttle effect, in which polysulfides spontaneously form and pass through the battery cathode, tainting the electrolyte and thereby inhibiting performance. Arava's lab is developing a novel in-situ battery material characterization tool - atomic microscopy-based scanning electrochemical microscope coupled with Raman spectroscopy. This innovative combination of fundamental yet distinct approaches will provide a nanoscale-level view of the battery's reaction kinetics.

"While ultimately we all aim for enhanced efficiency and durability of batteries, in our pursuit of the best battery material we often encounter many problems or challenges," said Arava. "To gain an understanding of these challenges at the atomic level gives us a perspective that has not been gained to date."

NSF CAREER awards emphasize the integration of research and education to build a firm foundation of leadership. Arava takes a proactive role in fostering STEM education to K-12 schools in Detroit and surrounding areas through outreach efforts such as his Mobile Energy Lab. This project provides another avenue for students to gain more hands-on experience with potential opportunities to obtain summer internships in Arava's lab.

Arava joined the Wayne State faculty in 2013 and, among several scientific achievements, co-holds eight patents and has authored a book chapter and several influential articles in journals such as Nature Scientific Reports and Journal of American Chemical Society. He has co-authored over 90 peer-reviewed publications and his research has been citied more than 7,730 times. Arava holds a Ph.D. in physics from the Indian Institute of Technology in Madras, India.

The grant number for this National Science Foundation award is 1751472.