Jay Garth, BSCE '14, is a structural engineer at Progressive AE, a national architecture and engineering firm based in Grand Rapids, Michigan. He has lived and worked all over the state on projects pertaining to some of Michigan's most important infrastructural elements, including steel, concrete and other building materials as well as foundation systems. Garth has spent his career collaborating with architects, engineers and designers to produce design drawings and models for clients in commercial, residential and industrial markets. He is also an advocate for diversity and inclusion in his field, and a mentor to students at Wayne State and young people in his community.

Can you please describe your career path?

I began an internship with the City of Birmingham Engineering Department while at WSU from 2012-14 doing municipal engineering work related to urban life and public works. I was named by the national chapter of the American Society of Civil Engineers as a New Face of Civil Engineering (Collegiate Edition) in 2014. Right after that, I worked as an intern with the structural department at Smith Group for six months.

Currently I work in the structural department at Progressive AE in Grand Rapids designing buildings. In 2018, I started a side business in residential structural engineering and design. My newest project is working with a friend to begin a YouTube channel focused on my life experiences, giving advice and encouraging minority representation in STEAM careers. 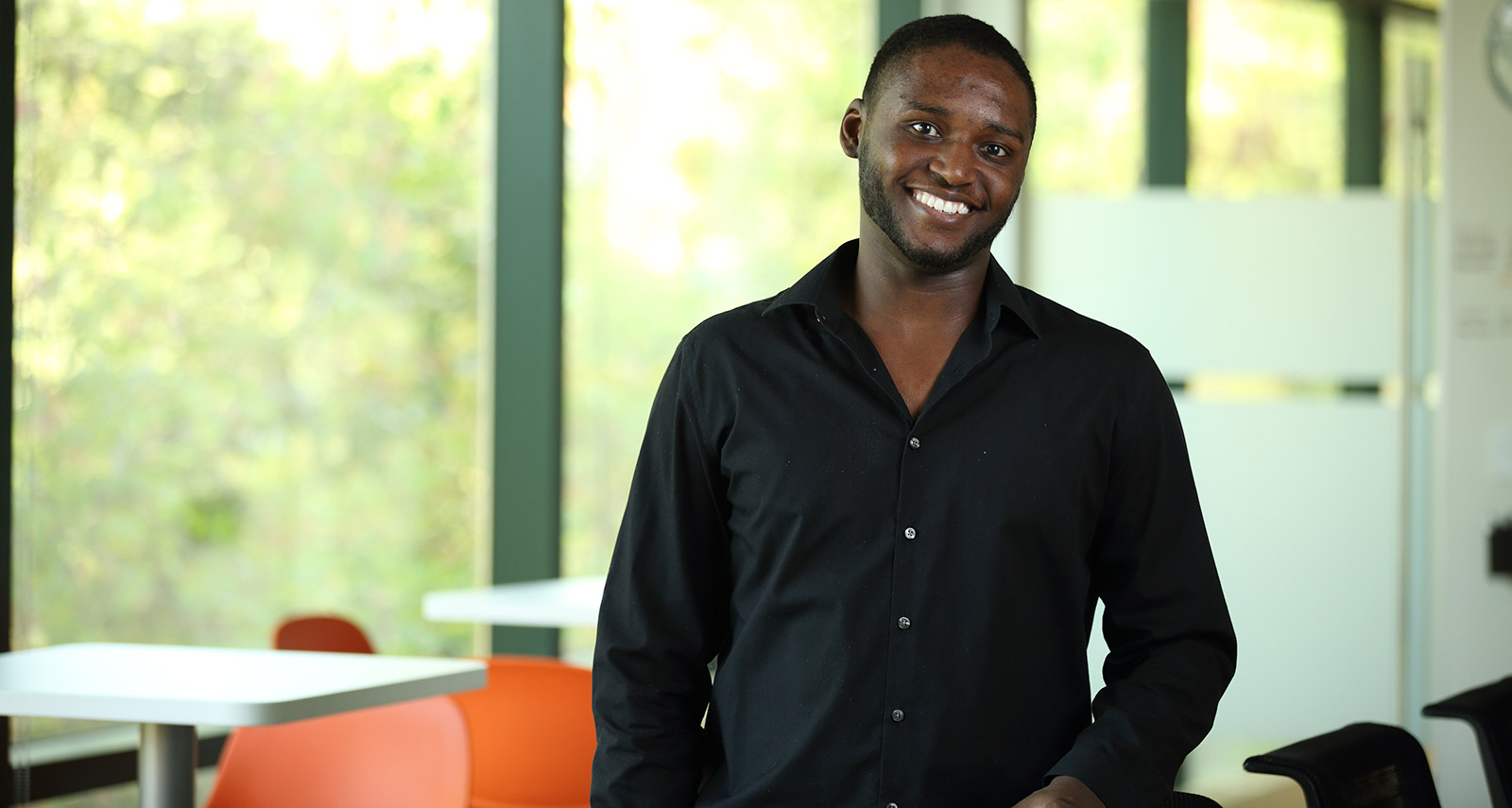 Shortly after graduation, I tried my best to maintain contact with staff and professors, but that has been challenging with the number of changes that have happened in my life in the past few years. During the fall 2019 semester I volunteered with the College of Engineering Industry Mentor Program. This was my first time playing the role of a personal mentor to a student and it was an amazing experience. Although I took the winter semester off, I'm looking forward to being part of the program again. I also look forward to other opportunities with WSU as they appear.

With what other organizations do you volunteer, and what are your hobbies and interests?

I recently completed a nine-month Transformational Leaders Program by the Urban Core Collective of Grand Rapids. This program focused on developing leaders of color to increase diversity in roles of leadership, and to improve, create and promote racial equity advancements and quality of life improvements. I serve on the Diversity, Equity and Inclusive Committee at Progressive AE. I am vice president of the United Methodist Community House's Board of Directors in Grand Rapids. I am also active with the Grand Rapids Youth for Christ organization and the Potter's Touch Ministries in Saginaw. I love to play basketball, workout, read, travel, spend time at the beach and detail cars.

Why did you choose to attend Wayne State?

I chose to transfer to WSU because of my mom and grandmother. I didn't know anything about WSU except that it was in Detroit. Upon graduating high school, I attended Jackson State University in Mississippi but left and went back to my hometown to finish an associate's degree (at Delta College). I had been accepted and received a scholarship to attend Mississippi State University; however my mom and grandmother hated the idea of me going back to Mississippi. I told them the only chance of me staying in Michigan is if I went to WSU, which my mom wasn't comfortable with until we made a visit to the campus. After that visit, my mom was extremely impressed with the campus as a whole. I applied, was accepted, and there began my journey at WSU. It turned out to be one of the best decisions of my life.

List any student organizations or teams you were part of at Wayne State.

How did your education at Wayne State prepare you for what you are doing today?

WSU provided me with a solid technical knowledge in structural engineering to help me be able to take on design tasks immediately. Unfortunately, my final year was filled with scheduling challenges as I learned that I was the only undergraduate student interested in technical structural electives, which prevented me in taking some of the courses I wish I would have taken. However, that hasn't been a hindrance on my performance as a structural engineer.

Who influenced you the most during your time at Wayne State?

Dr. Henry Robinson in the Office of Federal TRIO was a big supporter of mine who did everything he could to motivate me to dream bigger. He's a humble man who understood many of the challenges I had mentally during my time at WSU and was able to bring clear vision into my life. There were plenty of times where I wanted to quit and he knew exactly what to say to spark motivation in my spirit.

What is the most important thing you learned at Wayne State?

The most important thing I learned was the power of making connections and communicating. Most opportunities I've received, personal or professional, have been through some degree of a connection. Opportunities are so much easier to receive when people know who you are. Communication is arguably the most important skill to have in your career. Mistakes that I've made during my career have mostly been the result of poor communication. Ask questions, discuss ideas and make sure people that you work with are clear about what you're saying.

What advice do you have for current students who want to make the most out of their experience at Wayne State?

Join organizations and make connections with students, staff and alumni through those organizations. Also, take the time to roughly plan out the role or capacity you'd like to fill in your industry later on in your career. It doesn't have to be perfect or absolute. Could you see yourself becoming the CEO of an engineering firm, or starting your own firm? If so, try taking some business courses while at WSU to see if the information intrigues you. I was so focused on obtaining a degree so that I could work in the architectural engineering industry that I never spent the time thinking about how I wanted my career to transition. Knowing what I know now, I realize I could have taken other electives and utilized by time more efficiently, as I've been involved in so many different roles in the past five years.