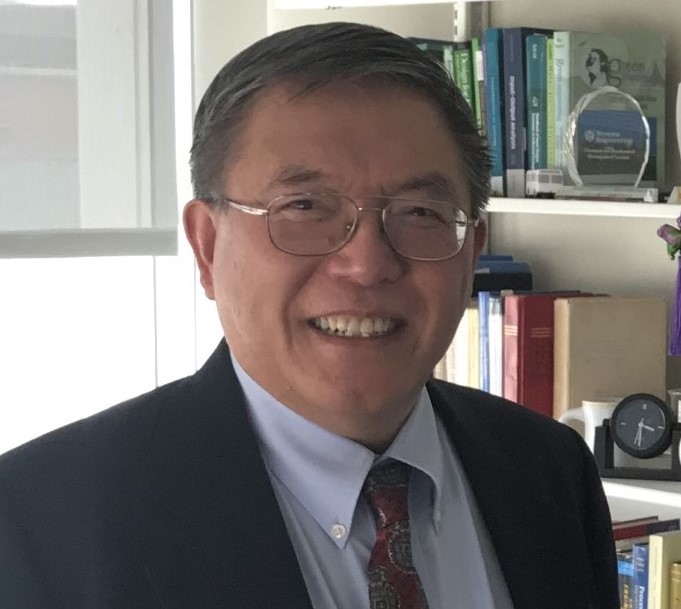 Yinlun Huang, professor of chemical engineering and materials science at Wayne State University, has been named the recipient of the 2022 Lawrence K. Cecil Award from the American Institute of Chemical Engineers (AIChE). The citation for the award is “for his long-standing and sustained record in environmental sustainability research and education and demonstrated leadership role in promotion of sustainable engineering research, education and industrial collaboration.”

Huang will receive his award in November during the AIChE annual meeting in Phoenix, Arizona. He was nominated by Professor Ignacio Grossmann from Carnegie Mellon University, who praised Huang as “an exceptional researcher and educator in environmental sustainability.”

Devoting much of his career to sustainable systems engineering, Huang’s research aims to answer many serious questions that have been raised about the environmental, health and societal impacts of traditional manufacturing methods. Among his early achievements were NSF-funded process synthesis techniques in the 1990s that led to significant source reduction across numerous industrial applications. He is also credited with developing the concept of profitable pollution prevention to demonstrate the economic benefits of achieving waste minimization — a feat which earned him the Governor’s Green Chemistry Award from the state of Michigan in 2009.  Huang also received the National Association for Surface Furnishing’s Scientific Achievement Award in 2013 for his significant contributions to the advancement of the theory and practice for industrial sustainability.

More recently, Huang has developed collaborative and integrated approaches to sustainability. He directs the Laboratory for Multiscale Complex Systems Science and Engineering which focuses on both the theoretical study of multiscale science and complexity, and applied research ranging from sustainable nanomaterial design to industrial systems restructuring for sustainable development.

Under the direction of Jeremy Rickli, associate professor of industrial and systems engineering, and Huang, Wayne State has hosted an NSF-funded Research Experiences for Undergraduates (REU) Summer Academy in Sustainable Manufacturing since 2016. Aspiring researchers from universities across the U.S. come to Detroit for 10 weeks to further their understanding of concepts ranging from eco-friendly batteries and electric vehicle power systems, to additive manufacturing and data-driven modeling of energy efficiency.

According to AIChE, the Lawrence K. Cecil Award is the most prestigious environmental honor within the organization. It is given in recognition of an individual's outstanding chemical engineering contribution and achievement in the preservation or improvement of the environment.