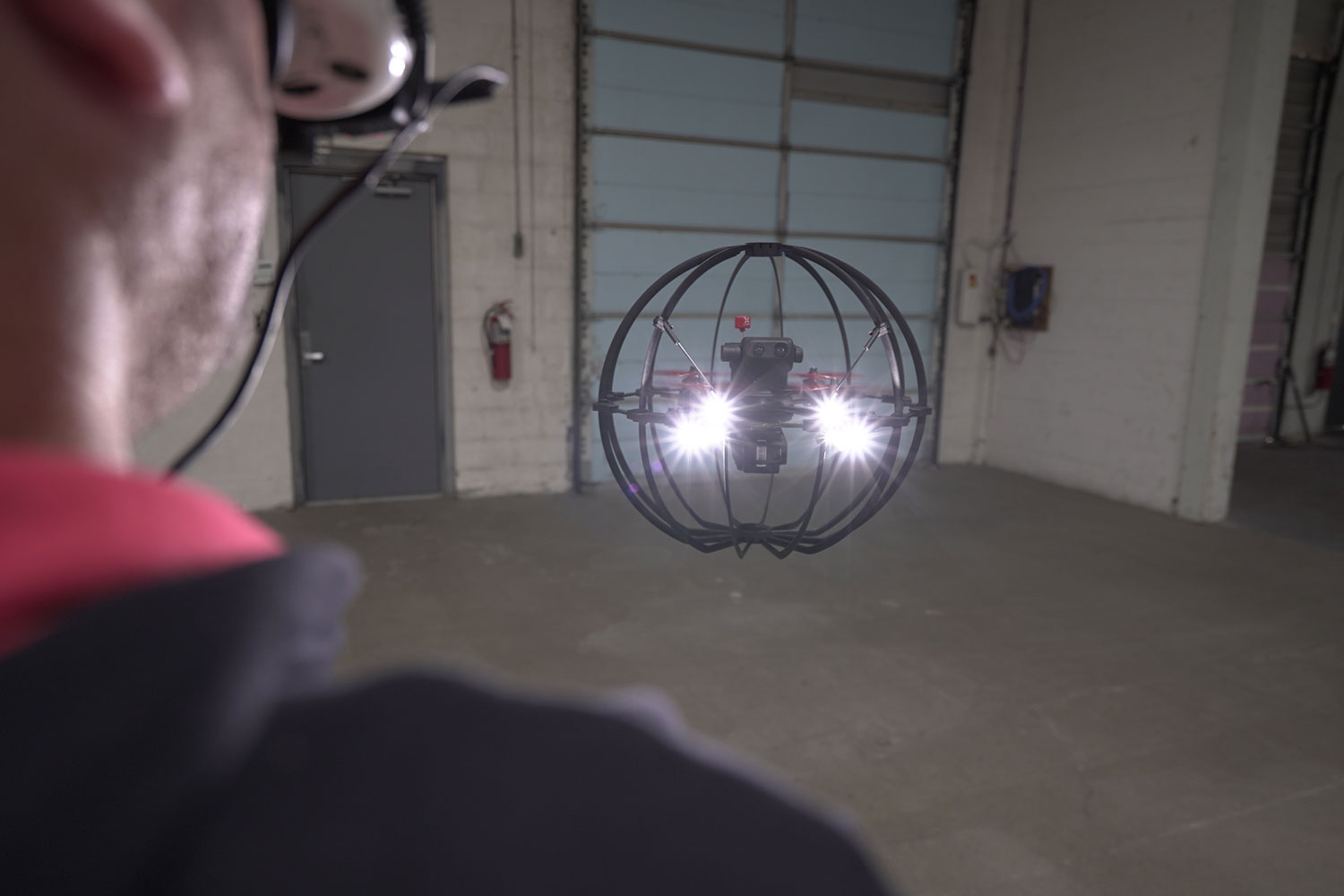 Skypersonic Inc., a drone and software solutions company that found its footing as a startup affiliated with the James and Patricia Anderson Engineering Ventures Institute at Wayne State University, announced in February the signing of a definitive agreement to be acquired by Red Cat Holdings Inc., an industry leader in drone technology.

Based in Troy, Michigan, Skypersonic produces UAV and navigation systems to enable inspection services in industrial spaces that lack GPS access or are restrictive, impractical or dangerous for human inspection. Among its patented technologies are Skycopter, a miniature drone encased in a spherical frame, and the trans-continental remote piloting platform, a software suite that enables the drone to record and transmit telemetry data while being operated from anywhere in real time.

"Skypersonic invented the first worldwide, real-time remote piloting system - a unique technology conceived and created in Detroit," said Giuseppe Santangelo, the company's founder and CEO. "The ability to control the flight of a drone from thousands of miles away will revolutionize the civilian drone business market, allowing remote business services such industrial inspections or law enforcement surveillance."

Skypersonic's technology has proven useful for inspections of automotive plants as well as tunnels, boilers, sewers and other areas of limited accessibility. The drones - which only weigh a couple of pounds - can test gas levels, temperatures, radiation levels and other important safety metrics. Videos are captured in HD format, and an LED system allows users to see in the dark.

Santangelo also created a drone pilot training program. More than 40 pilots have completed this training, and the potential to expand this program to Wayne State students is being explored further.

Santangelo was a part-time faculty member in the College of Engineering, teaching courses in autonomous vehicles and drone technology, when he started Skypersonic in 2014. Soon after, he began working with the Anderson Institute, the college's entrepreneurial incubator, which leveraged its resources to put in seed money, connect Santangelo with potential investors and provide guidance to help Santangelo turn Skypersonic into a viable company.

With a total investment of more than $350,000 over the last three years, Wayne State is Skypersonic's second-largest investor and the only university investor.

Santangelo noted that Sorin Draghici, who holds a seat on Skypersonic's board representing Wayne State, has served as a mentor through the process and provided crucial help and advice at crossroads moments throughout Skypersonic's journey. Draghici, professor of computer science and director of the Anderson Institute, recognized the potential of Skypersonic's technologies and team, and guided the growth of the company from the earliest stage to the exit.

"Skypersonic brought to the market extremely creative ideas combined with technological brilliance and Detroit grit - a great example of the Wayne State College of Engineering's strengths," said Draghici. "When we launched the Anderson Institute, this is exactly the type of project we hoped to nurture and it's a big win for us."

Skypersonic Inc., is a provider of drone products and software solutions designed to "Fly Anywhere" and "Inspect the Impossible." Its patented software and hardware solutions allow for inspection services in restricted spaces where GPS is not allowed or available. Skycopter is a miniature drone fitted into a cage to avoid damage to inspected areas and the drone. Skyloc is a stand-alone, real time, software system which enables the drone to record and transmit inspection data while being operated from thousands of miles away. Skypersonic's intellectual property portfolio includes eight US and European patents.

About the Anderson Institute

The mission of the James and Patricia Anderson Engineering Ventures Institute is to translate academic research and development into entrepreneurship and innovation within the College of Engineering and across the Wayne State campus. The Anderson Institute helps faculty, students and staff develop ideas into viable companies by providing training, mentorship, guidance, financial support and access to other resources in the entrepreneurial ecosystem of Southeast Michigan.