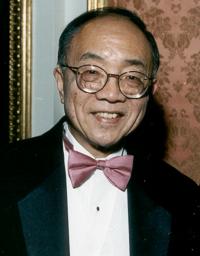 He has 40 years of experience in American chemical and petroleum industries. He was a senior scientist with Exxon Research and Engineering Co., director of Separation Science and Technology at UOP Co., and director of Research and Technology at AlliedSignal Co. (now part of Honeywell). He also served as a consultant for the U.S. Apollo Moon Landing Project. Since 1995, he established the NL Chemical Technology, Inc., a company focused on the development of membrane technologies for water treatment.

Norman has as many as 120 scientific publications in the areas of petroleum refining, petrochemicals, biotechnology and separation processes. His list of publications includes a section of "Perry's Chemical Engineers Handbook," on "Membrane Processes," and he is also the editor of nine volumes on separation science, and three AIChE symposium volumes.

In addition to his publications, Norman holds 43 U.S. patents, more than 30 of which deal with the basic invention and various applications of liquid surfactant membranes. He taught courses for more than 10 years at the American Institute of Chemical Engineers, and he has organized and chaired many symposia on separations science and technology.